Officer Kenneth M. Copeland, 58, joined the San Marcos Police Department on March 30, 1998 and was the first officer to pay the ultimate sacrifice.

"Ken is a true hero. Our hearts are broken from the loss of not only a dedicated officer but also a phenomenal person and father." 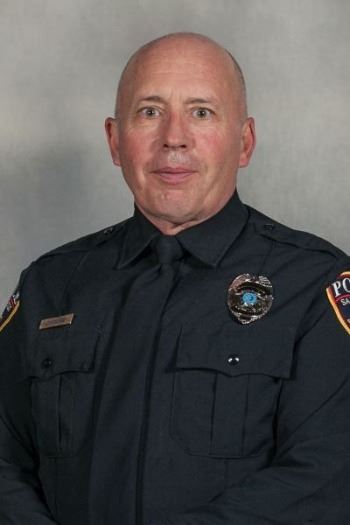 At the time of his death, Copeland was still serving on active duty with the United States Coast Guard out of Corpus Christi, Texas.

Officer Copeland is remembered by all as a highly respected and selfless individual who would do anything for anyone. Further, Ken is remembered for his love of Topo Chico® Mineral Water and the stocked cooler he kept in his patrol car to hand one out to anyone he came across.

Officer Copeland will forever be in our hearts and will always remain a true hero to his community in which he served. His ultimate sacrifice and dedication to service will never be forgotten.