Ducky and Squirrel (née Ivory) are a long way from the San Marcos Regional Animal Shelter these days, and how they got to their new homes is a very happy tale that involves waggy tails.

When a film crew came to the shelter to scout it out for a national TV ad, Robbie (one of the crew members) fell head over heels for Ducky, who tested heartworm positive (HW+) and hadn’t started his treatment yet. Heartworm can be a deterrent for some adopters and HW+ dogs often stay longer at shelters because of it.

Robbie also reached out to his brother-in-law, George and his partner, Ned, to see if they would adopt Ivory, a great Pyrenes also at the shelter. They were interested!

Another twist: Robbie lives in Los Angeles and he was only in San Marcos to help shoot a commercial. His plane ticket back was just a few days away. Instead of walking away and saying ‘so long’, he adopted both dogs, and Ivory (Squirrel) would live with George and Ned.

Robbie and the dogs drove back to Los Angeles. He said they both did very well on the long ride back to California, including a pit stop at the Grand Canyon. But the best news is both Ducky and Squirrel have seamlessly fit into their new homes.

Ducky started his HW+ treatment and all is well. He is also looking forward to his TV debut soon! The plan for the commercial was to use a “professional” dog for the spot. But the director decided to cast Ducky in the role and he did an incredible job! Robbie said the clients screened the commercial earlier this week and there was reportedly not a dry eye in the house. When it begins airing, we will be sure to let everyone know.

That’s our latest Happy Tails story – do you have a Happy Tail to share? Message us on FB – maybe we will feature your story! 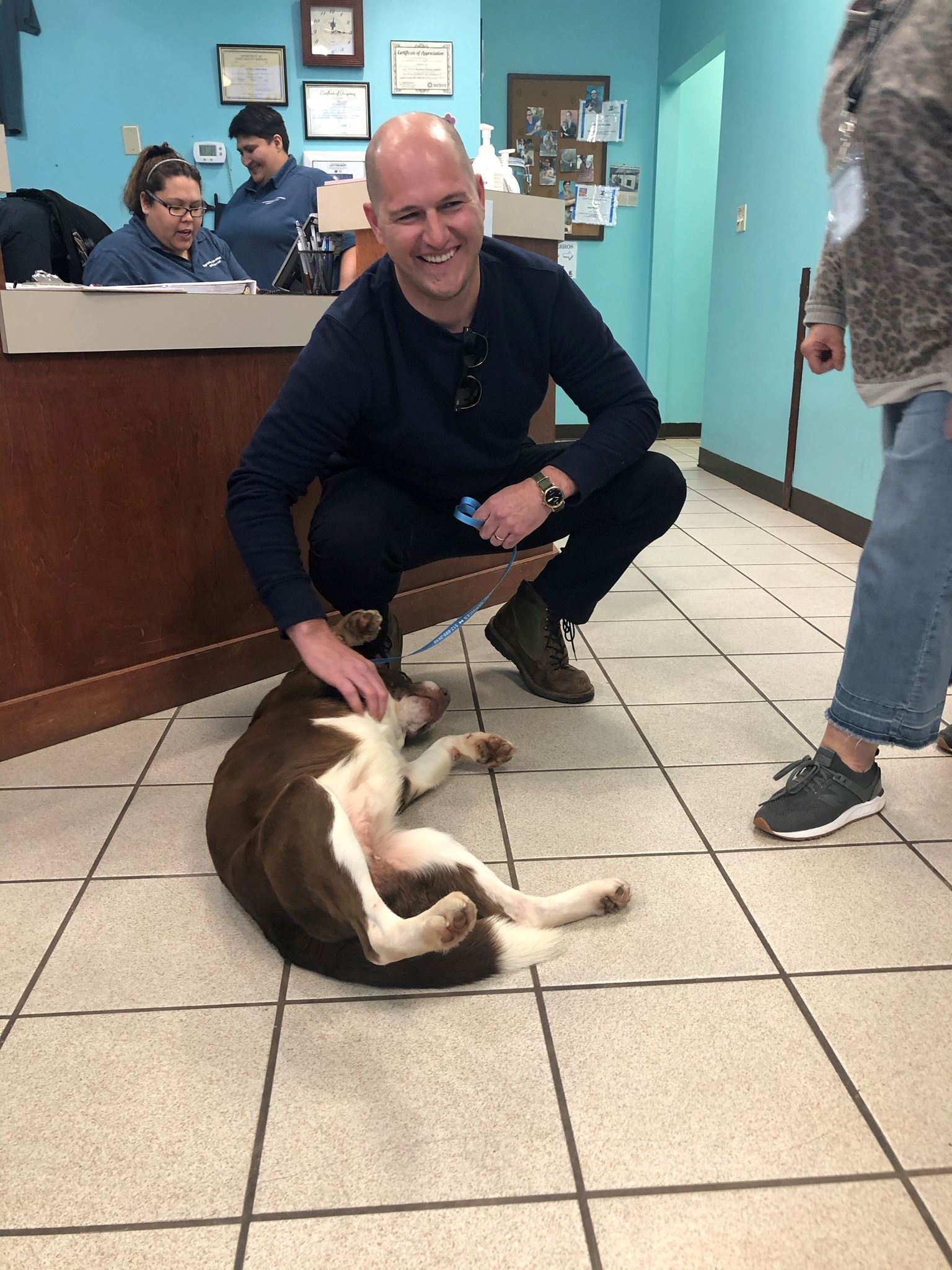