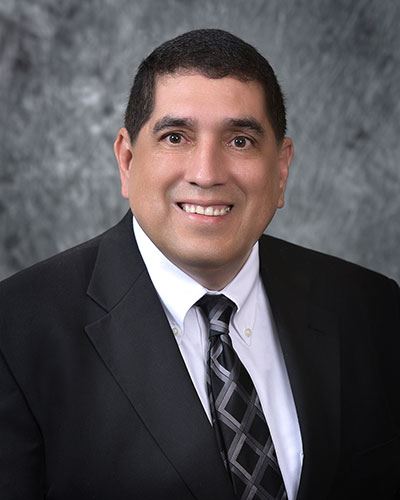 Saul Gonzales was re-elected to the San Marcos City Council on November 5, 2019 for a three-year term in Place 2.

Saul Gonzales was elected to the San Marcos City Council in a run-off election on December 13, 2016 for a three-year term in Place 2. He took the oath of office on December 21, 2016.

Councilman Gonzales is a second generation, lifelong resident of San Marcos and is an active advocate for the community. For the past 26 years, he has worked at Central Texas Medical Center as a maintenance engineer and is also a licensed journeyman electrician.

He previously served as a member of the Planning and Zoning Commission, the Zoning Board of Adjustments, and the Drainage Advisory Board.

Gonzales advocates for preserving the City’s environment and neighborhoods while promoting its economic growth and development.

Saul has been married for 30 years and has four children, three of whom have graduated from Texas State University and one who is currently enrolled. He enjoys spending time with his two grandsons and his new granddaughter. 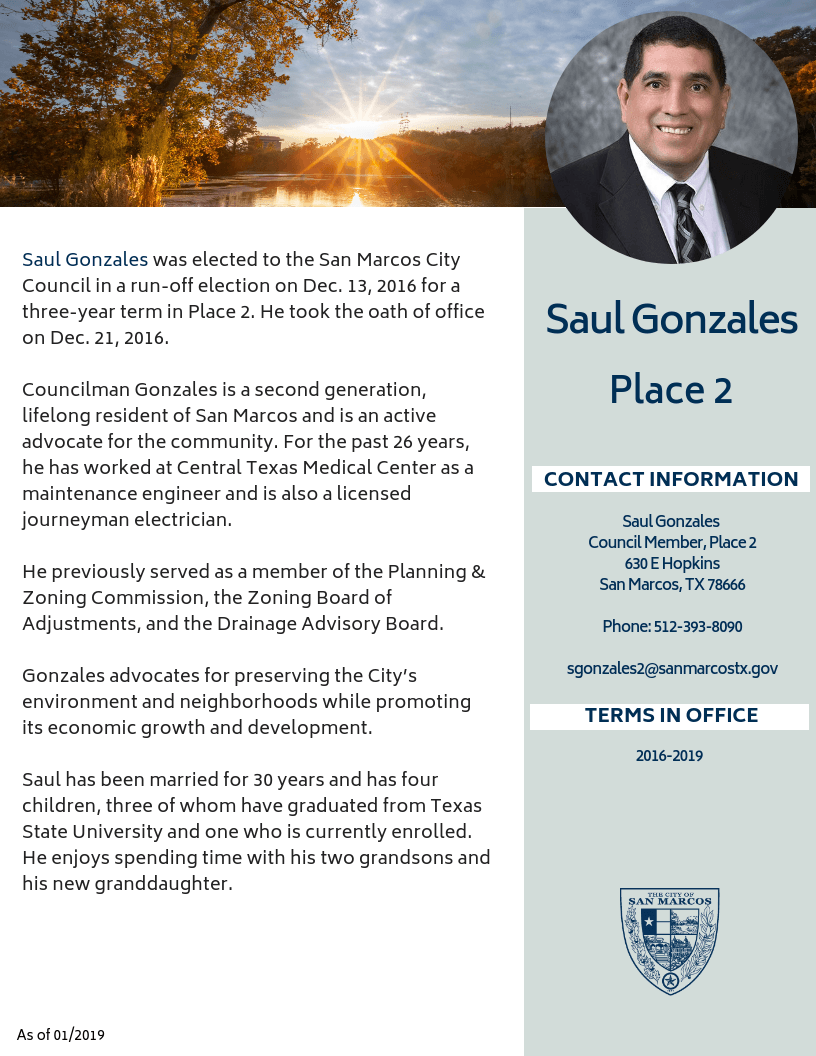