Officer Justin R. Putnam, 31, joined the San Marcos Police Department on November 3, 2014 and was the second officer to pay the ultimate sacrifice to protect his community.

Officer Putnam and two other SMPD officers were ambushed when they responded to a assault /domestic violence call on April 18, 2020. Putnam died at the scene.

"We lost a fine young man, a faithful officer and a friend." 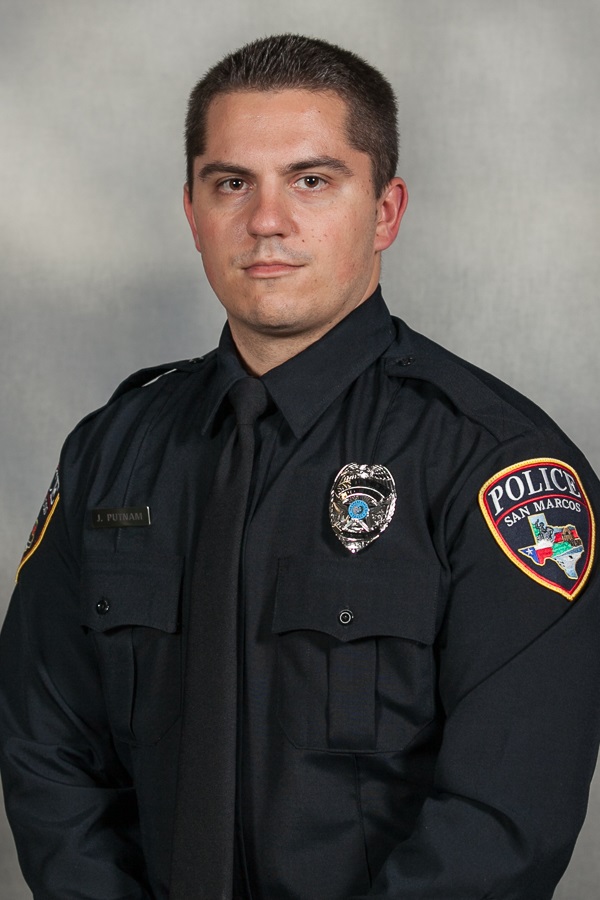 Officer Putnam was born in Austin, Texas to Kevin and Jamie Putnam. The oldest of his siblings, Justin had one brother and one sister. Justin and his girlfriend of 10 years were just months away from their Fall wedding.

A college graduate of Texas State University, Putnam was assigned to the Patrol Division, where he responded to calls for service and cared for the San Marcos community. During his time with SMPD, Officer Putnam was a Field Training Officer, dedicated to making sure that the new generation of officers coming in to the department were trained to be the best officers they could be and to represent the police department with honor and integrity.

Officer Putnam was a true hero and will always remain in our hearts. His childhood friend and actor, Glen Powell, summed up Justin’s personality by saying, “He would do just about anything for a good story or to make people laugh. He was a protector of his family, his friends, and to anyone who needed help. He always said that being an officer gave him such happiness because everyday he could come to the rescue of someone in need.”

After being sworn in, Officer Putnam asked his father, a retired firefighter, for advice. “Treat everybody you meet like family, son. That’s how you do things.” Staying true to that wisdom, Officer Putnam followed that advice each time he put on the badge, and will forever be remembered for his care and commitment to his community.