Since 2004, Chief Standridge has been a certified adjunct instructor with Advanced Law Enforcement Rapid Response Training (ALERRT), which is the national model used by law enforcement in response to active threats. He is a graduate of the FBI National Academy, session 226, as well as the Texas Leadership Command College, class 59.  In August 2018, Chief Standridge graduated the FBI’s Law Enforcement Executive Development Seminar.  He holds an undergraduate degree from Midwestern State University where he graduated Summa Cum Laude, and a Masters of Public Administration from Sam Houston State University. Prior to his policing career, Stan served in the United States Air Force as a Security Specialist, serving two years overseas and two years at Dyess Air Force Base.

Chief Standridge currently serves as the President of the Texas Police Chiefs Association and the SafeShield Committee Chair for the International Association of Chiefs of Police. He is the recipient of numerous awards, including 20 Under 40 Business Leader, Executive Leadership Award, I-CAN Hero, and the TPCA’s Innovation Award.

Chief Standridge and his lovely wife, Beth, reside in San Marcos, Texas just a short drive away from their grown children and their families. As a leader, his primary passion is to faithfully steward those in his charge and to build strong bridges with the community they serve. 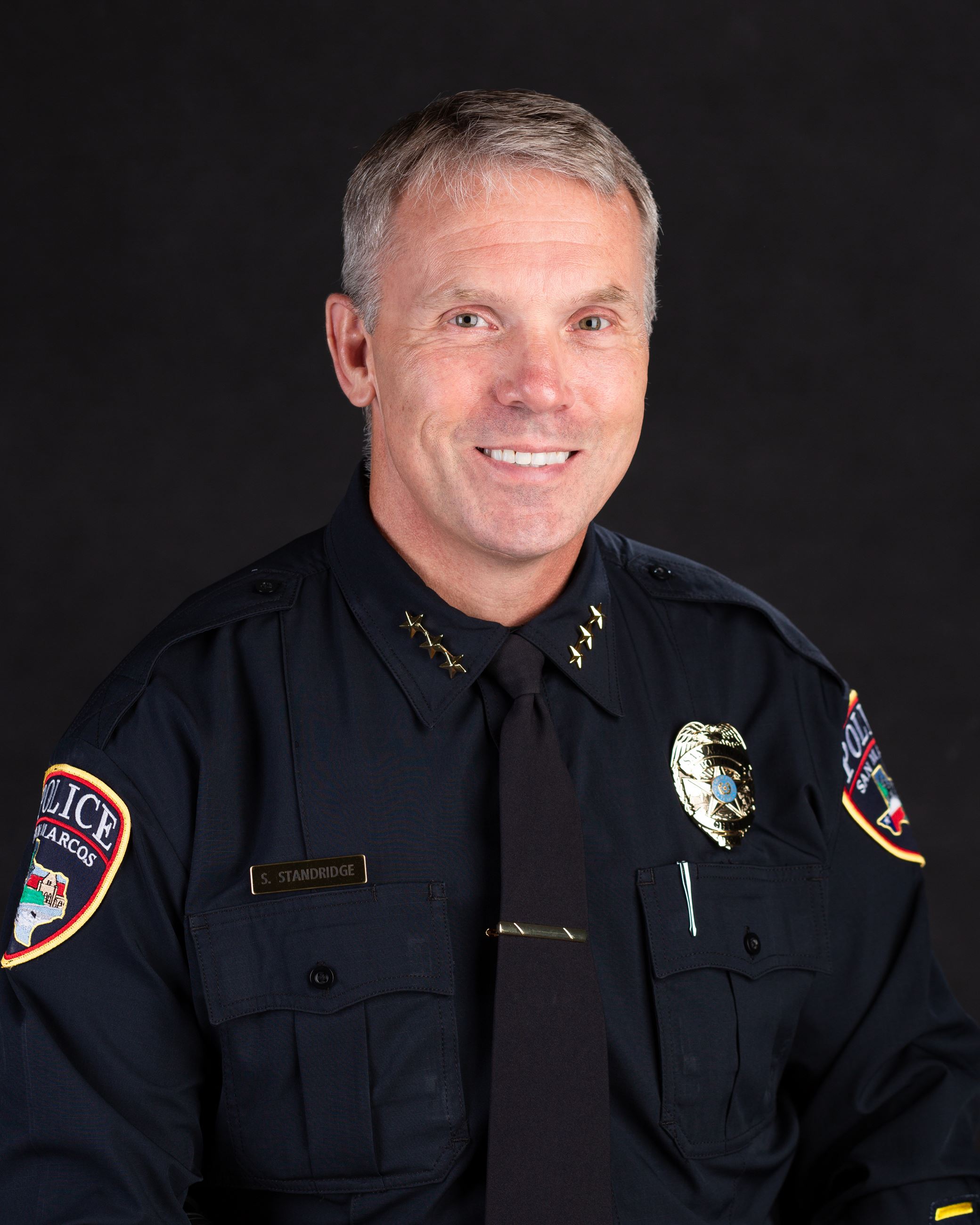