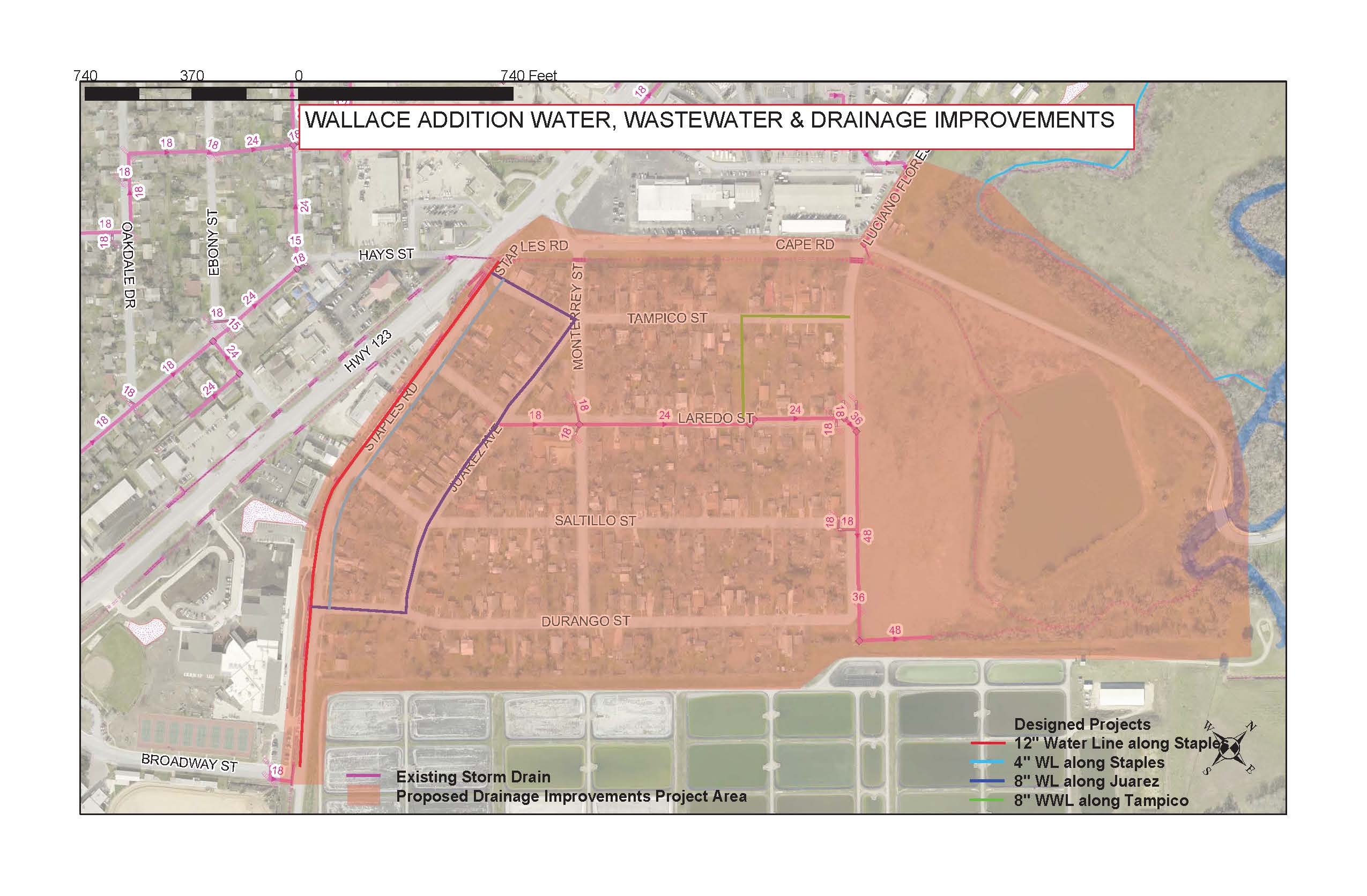 Initially, a water and wastewater improvements project, the Wallace Addition Improvements scope has been revised to include drainage improvements in the neighborhood and along Staples Road.

But recently residents in the Wallace Addition Neighborhood and the Bonham Prekindergarten School have reported flooding issues. Stormwater is overtopping an existing culvert at Staples Road and Broadway Street.

To address these complaints the project has been revised to include the water, wastewater and drainage improvements be constructed at the same time.

Revised schedule is as follows: